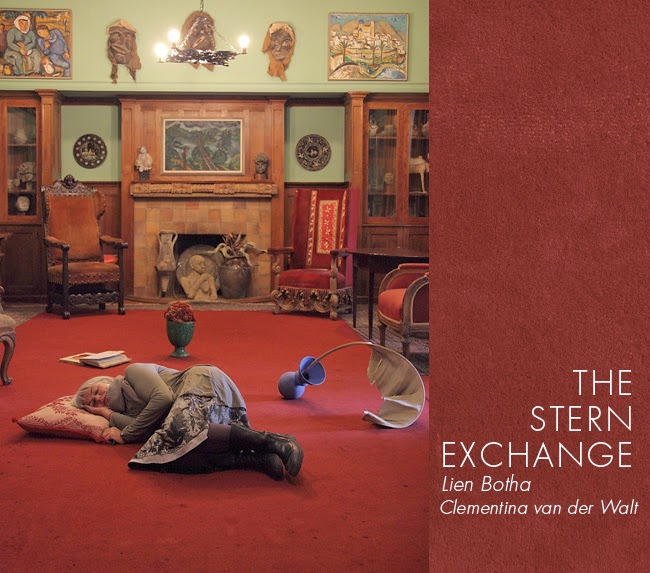 You are invited to THE STERN EXCHANGE

an exhibition by Lien Botha and Clementina  van der Walt

as part of Designing Destiny

To be opened by Michael Godby

Exhibition styled in collaboration with EBONY

Walkabout on Wednesday 15th October at 10:30

The Stern Exchange is a collaboration between lens-based artist Lien Botha  and ceramic artist Clementina van der Walt and will also be part of the Sixth Cape Town Month of Photography.
Whilst the artists will each independently be investigating aspects of the Irma Stern Museum and reflecting these in separate bodies of work in their respective mediums, the original idea was  to present something along the lines of the Grayson Perry installations in the British Museum – The Tomb of the Unknown Craftsman – in 2011/12.

Botha, besides exhibiting work from two existing portfolios called Moundou (2008) and Plant Press (2009), also created a unique set of eight photographic prints, featuring staff of the Irma Stern Museum and which can best be described as an idiosyncratic insertion into the raison d’être of this venerated building.

Van der Walt will show ceramic works which embrace both the utilitarian and contemplative aspects of the ceramic discipline. Much of the style and methods of working have been inspired by experiencing two parallel lives – an urban life in the City of Cape Town and a rural life on a farm outside Calitzdorp in the Klein Karoo where she spends many weeks of the year.
Her  intention is to ‘seek the sacred in the ordinary’; “I endeavour to make contemplative objects which have a utilitarian dimension. My aesthetic inspiration is drawn from the patterns, colours, light and textures in the urban and natural African landscape.”

Finally, the interplay between ceramic work and photographic prints will be tied together with furniture - supplied and coordinated  by Ebony Design.

*Esteemed academic and Art Historian, Professor Michael Godby will open the exhibition.
*There will be a walkabout on Wednesday 15 October with Irma Stern lucky packets available for sale.


Posted by Clementina van der Walt at 10:25 AM No comments: Links to this post

My Recent Visit to Taipei

I have just arrived back from an incredible 10 day trip to Taipei, Taiwan. My partner, Albie Bailey, and I were fortunate to visit this city and explore the streets, taste the exotic dishes and meet the beautiful people. 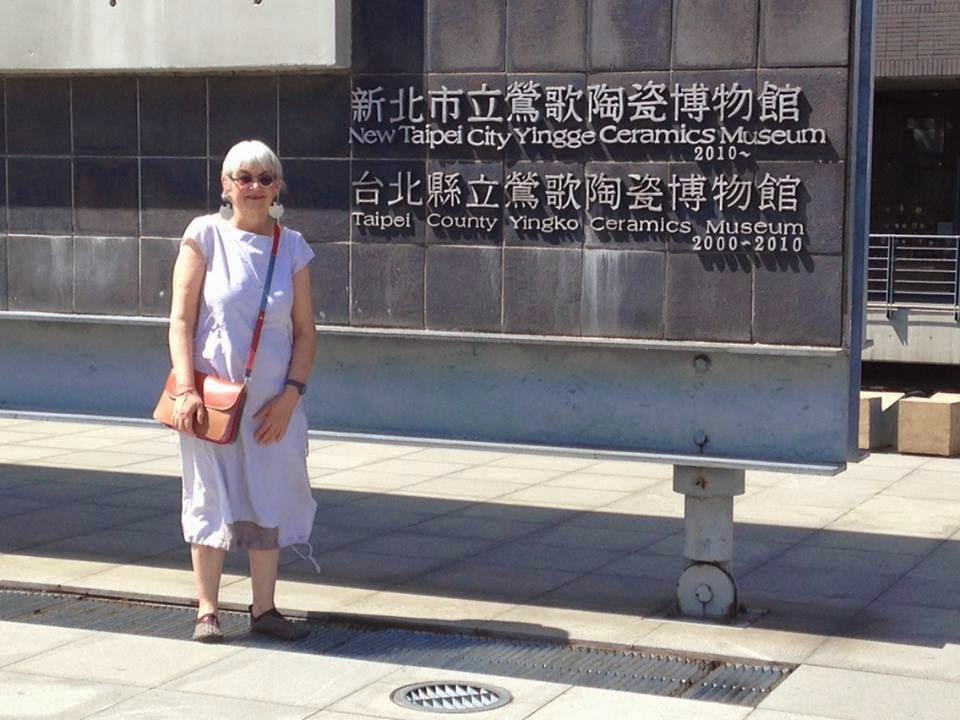 The reason for our trip was to visit the Yingge Museum of Ceramics where my work is on display for a few months as part of an international Ceramic Exhibition.

Masquerade is an installation of mine, comprising of 18 masks and is on show at this prestigious Ceramic museum. In this picture, I was lucky enough to meet the director of the museum, Chen Chun-Lan. 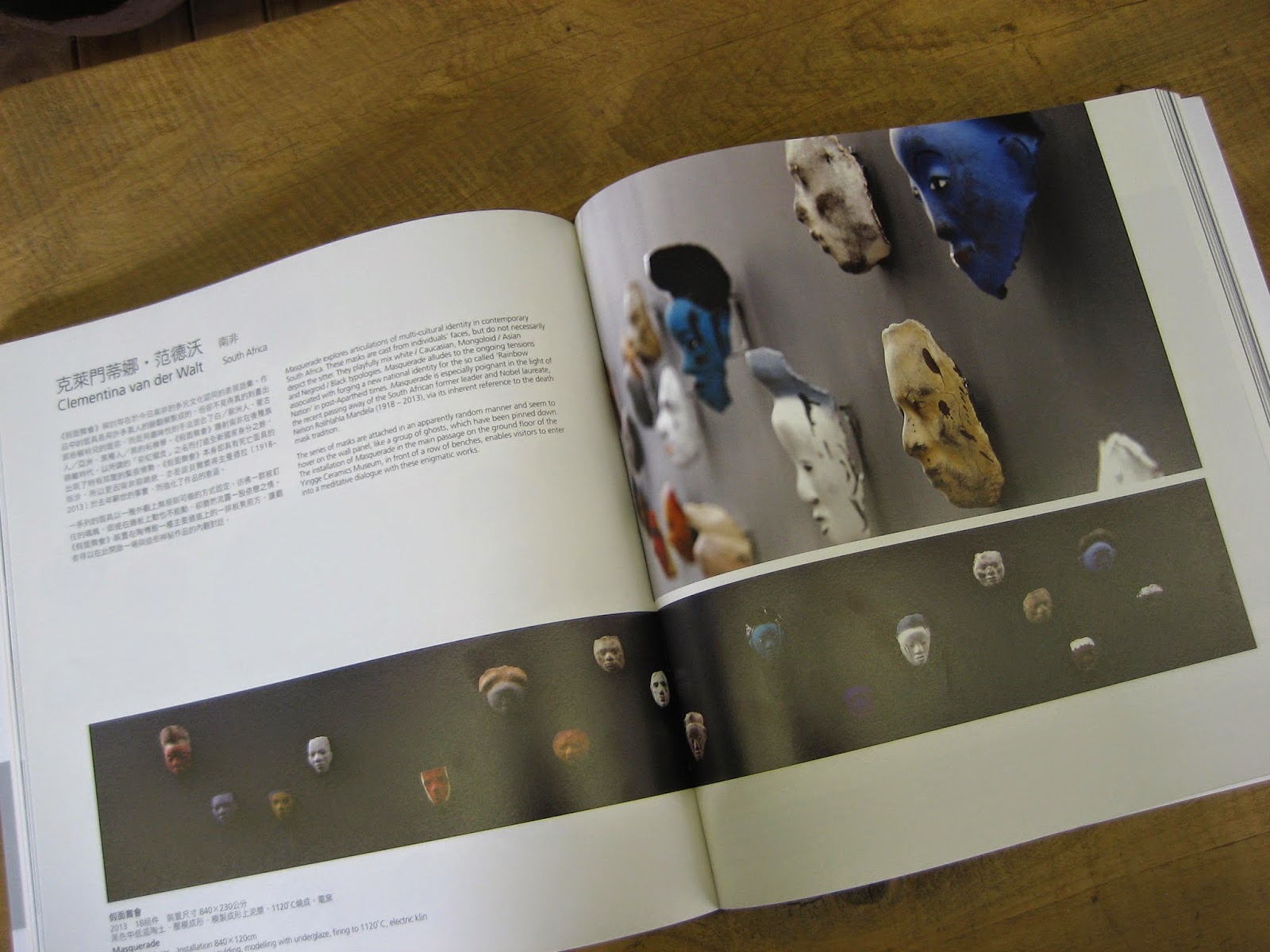 My installation is also featured in their exquisite 215 page catalog, which comprise of pictures and blurbs about each Ceramicist taking part in the show from across the globe. 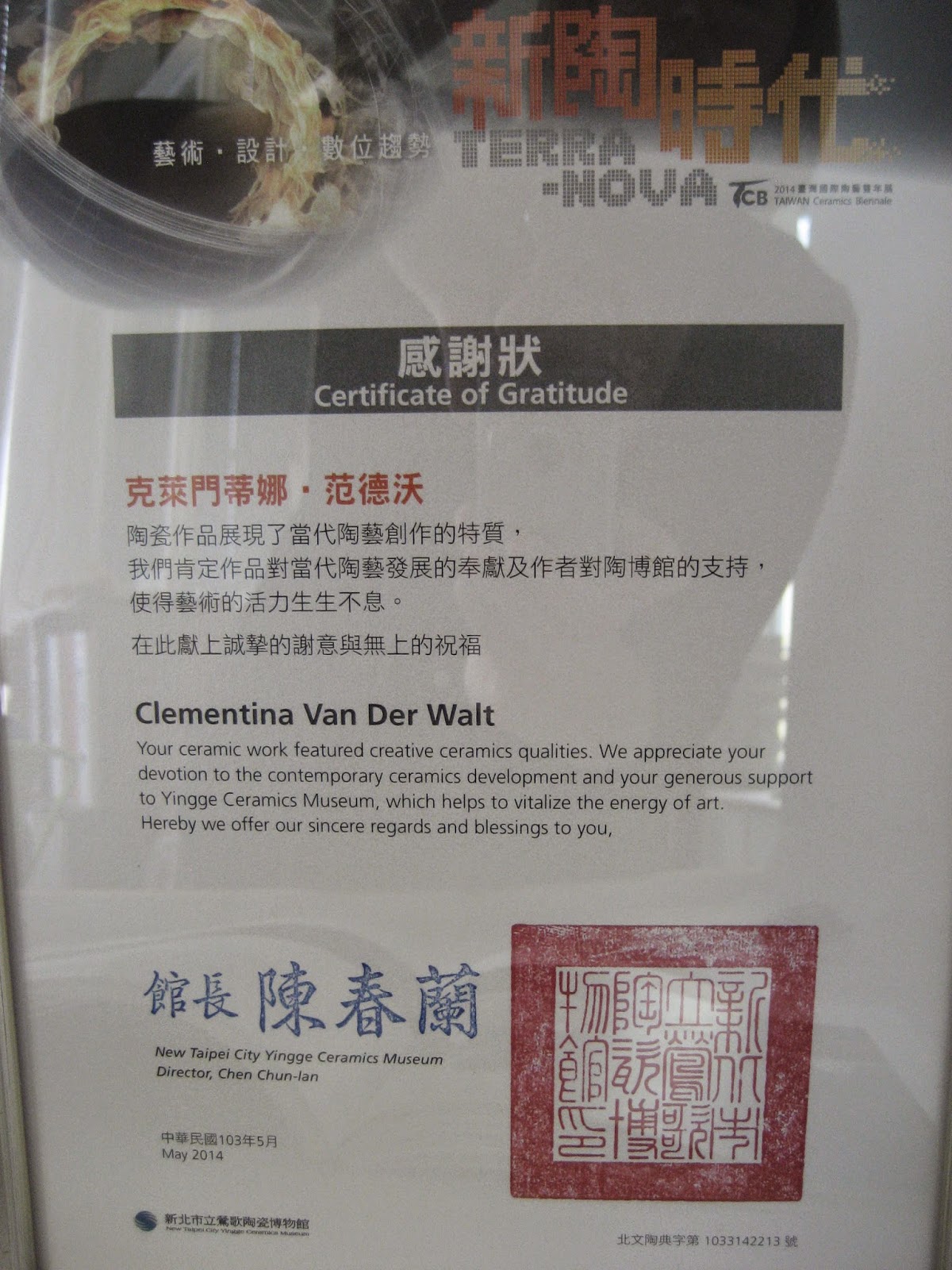 We were welcomed with absolute warmth and reverence by the director as she awarded  me with this Certificate of Gratitude. I thought this was a lovely gesture.

Posted by Clementina van der Walt at 4:10 AM No comments: Links to this post

Ceramic Culture on Show in Japan

This piece was selected for Honorable Mention in this international competition. 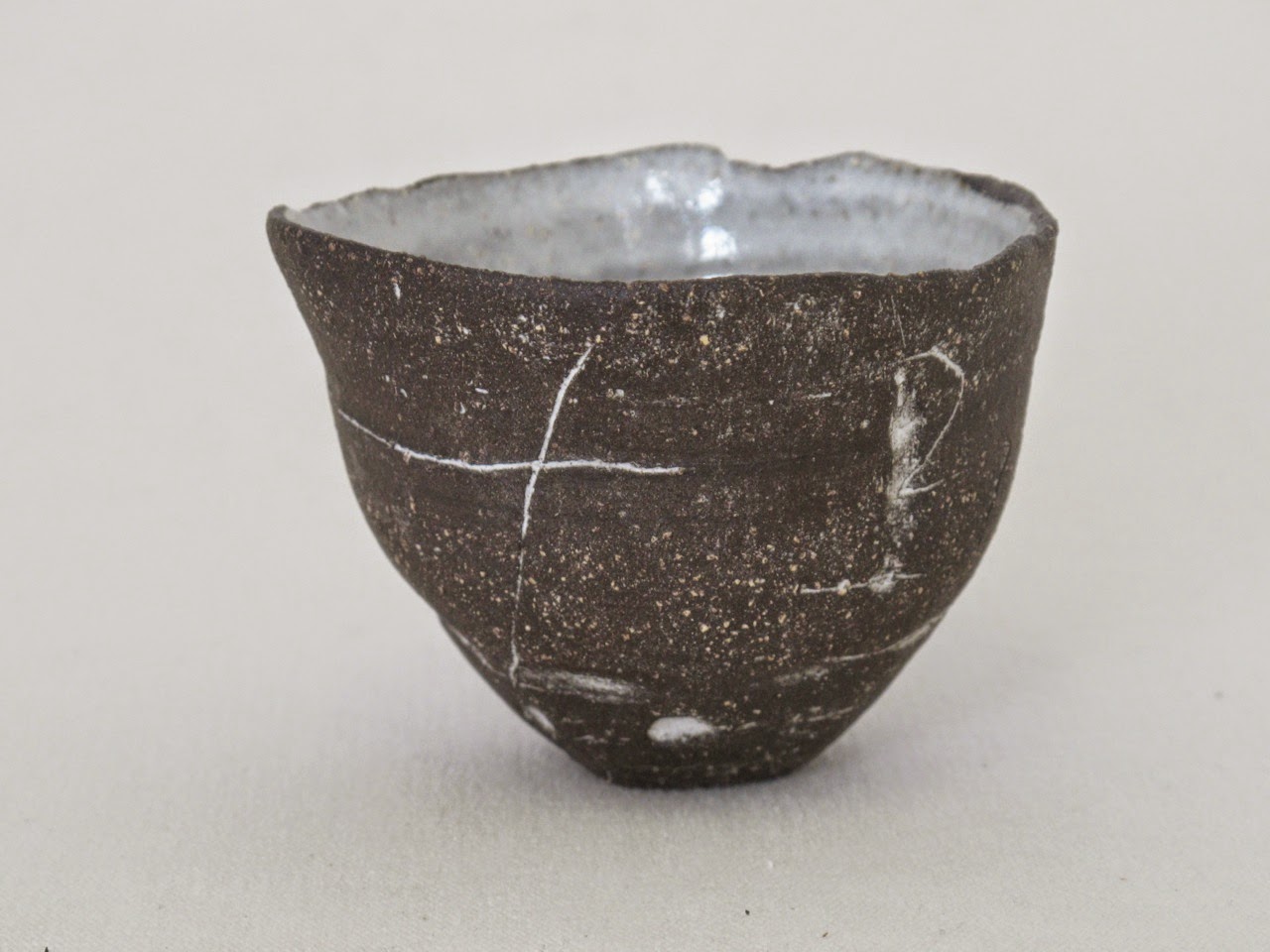 Intending to promote development of the ceramic industry and exploring culture through international exchanges of ceramic designs, this exhibition comprises of ceramic work from across the globe, displaying innovative ideas and beautiful designs.
The exhibition is opening today 12 September -Sunday 19 September 2014.
For further information, please visit Ceramic Exhibition in Japan

Posted by Clementina van der Walt at 3:46 AM No comments: Links to this post